So nice to meet you

I am really glad you have finally arrived here 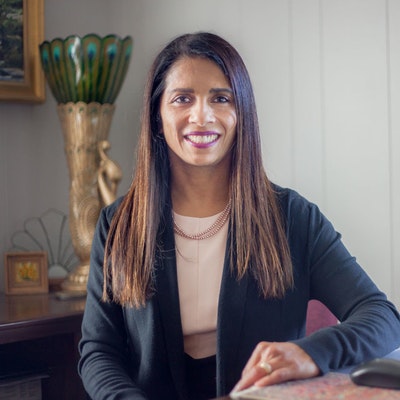 I have practiced as a conventional psychiatrist for many years. Things changed dramatically in 2010 when I was faced with my son’s mental health crisis. He suffered from an acute depression and suicidal ideation. He was stabilized on three medications and was “out of the woods” in terms of safety, but he wasn’t the same as before the episode. He was still suffering from some debilitating symptoms and had side effects from the medication. I was perplexed about WHAT happened and couldn’t figure out WHY this happened to him.

I began my search for answers and found functional medicine. Functional medicine is an approach that searches for underlying causes of health problems as opposed to focusing on the suppression of symptoms with medications. It was the functional medicine approach that resolved all of my son’s symptoms and eventually allowed him to come off medications altogether. Through testing, we learned that he had celiac disease, multiple food sensitivities, and nutritional deficiencies. Over the years, he learned to manage these issues with dietary and lifestyle changes and is still doing quite well.

Once I knew what I knew, there was no turning back completely to the old way, the conventional way, of doing things. I began to apply the functional medicine principles to my patients, and they started to get better too. I needed to know more so I sought training through the Institute for Functional Medicine and joined a functional medicine practice called Visions Healthcare in 2012.

I had my own health issues which started in the early 2000s; I suffered from a combination of hormonal imbalances due to being postpartum from my third child, a stressful job, and Epstein Barr Virus which then triggered a roller coaster ride of Hashimoto’s thyroiditis. These changes significantly affected my mood. I was so fatigued that I powered through my day and returned home to collapse in my bed. Despite this, I still managed to work full time and raise three children. Using the functional medicine approach and testing, I found that I too had food sensitivities to gluten and dairy, had a couple of chronic gut infections, and was affected significantly by an emotionally toxic work environment.

In 2013, I had to make many changes too. My reactions to environmental allergies were reduced and the antibodies made against my thyroid returned back to normal. My eczema improved and I stopped getting sinus infection. More importantly, I regained my energy and the brain fog went away. I was able to resolve most of my own symptoms, and felt like I did when I was in my 30s.

After Visions Healthcare Inc. closed in 2015, I started a private practice with Sally Davidson ANP in the spring of 2016. We have been treating adults and children with primarily neuropsychiatric issues. We use the best of both conventional and functional medicine approaches. People find that they resolve a lot more than just their mental health or neurological issues. Those who have had experience with functional medicine know that when we search for root causes, the goal is to bring the WHOLE BODY back into balance, not just one specific system.

The people who are most interested in working with us are those who find that their psychiatric medication no longer works, works sub optimally, works poorly and/or causes side effects. OR they simply don’t want to take medication. With their hard work, they feel significantly better within 6 months on average. It does come down to having choices and making choices that are right for you.

One time, a patient told me that he had been searching for answers for a year and a half. He had been to so many doctors and alternative providers, and after just one month of working with me, he felt 50%. He was on the road to recovery. He couldn’t understand WHY other practitioners weren’t able to help him. There are several reasons. One of those reasons is TIME. They don’t give you the time.

Much of what I do is provide the TIME to gather the puzzle pieces of YOU. I gather a significant amount of data prior to our session from an Intake Form you complete. All of the details matter. The initial two hour session is spent finding the other pieces of the puzzle through further questioning, and then TIME is spent putting those pieces together. However, the time is not spent to find out WHAT it is – which is the diagnosis. By the time you see me, you already have a whole list of diagnoses! This questioning is for the purposes of looking for patterns of the inter-relationship between the organ systems within the body, and the relationship of the body and mind with the environment.

Sometimes, being heard, validated and having an understanding of WHY things happened can bring about so much healing.

Because of my successes in my practice, I felt obligated to tell more people about this approach because I see so many people suffering. That’s why I wrote a book called What If It’s NOT Depression? Your Guide to Finding Answers and Solutions. It’s not for everyone, but if one person benefits from reading this book, I have done my job.

Since my private practice has been booked out for months, I’ve started an online interactive health coaching program to help more people.

Some of my patients that I see individually don’t get the support they need at home and don’t have the resources or the motivation to make changes. It can be overwhelming at times. Sometimes It’s hard to believe that things can or will get better. Working to improve your mental health in a group setting empowers you to move forward. When people in the group who are ahead of you in their journey are telling you wonderful stories of making progress, it emboldens you to stay the course. There are so many new habits to learn and so many unhealthy habits to unlearn. In the group setting, you realize that you aren’t alone in your suffering. The support of a group brings healing in a different and positive way.

After almost 25 years in practice, I now know my mission in life – to help as many people as I can to resolve their mental health symptoms. I look forward to meeting you and working with you! If you, are interested in working with me, click here to schedule a FREE 30 minutes consultation!

Achina Palanki Stein DO, IFMCP, DFAPA, ABIHM, FACN is an American Board Certified Psychiatrist with 25 plus years of practice experience.

She is dedicated to psychiatry and functional medicine and bridges the gap between allopathic and holistic medicine. This integrative patient-centered approach to healing offers more extensive diagnostic and treatment options needed to overcome chronic disorders.

Dr. Stein uses functional medicine to help patients find the underlying or root causes of illness and the nutritional and biochemical imbalances that may be contributing to them. Functional medicine is personalized medicine that uncovers the root cause of disease instead of focusing on the suppression of symptoms. Dr. Stein searches for underlying triggers that are contributing to your illness through cutting edge lab testing. She will tailor the intervention to your specific needs as an individual. She may use diet, supplements, lifestyle changes or medication to treat your illness but will seek the least invasive way to help your body restore balance. She seeks to promote wellness and create hope, health and healing by partnering with you.

She is board certified in both Psychiatry (1996, 2006, 2016) through the AOBNP and Integrative Holistic Medicine (2014) through the ABIHM. She graduated with High Honors from Rutgers University, The State University of New Jersey with a BA in Biology specializing in Neural Science and Behavior in 1986. She received her Degree of Osteopathic Medicine from UMDNJ – School of Osteopathic Medicine* in 1990. She completed a medical internship and psychiatric residency. Dr. Stein was a Clinical Assistant Professor of Psychiatry and Human Behavior at The Warren Alpert Medical School of Brown University from 2002 to 2013.

In 2008, she was given the Rhode Island Exemplary Psychiatrist Award by the National Alliance on Mental Illness and in 2009 was awarded the status of Distinguished Fellow of the American Psychiatric Association. She is a member of the AOA, APA, and IFM. She is licensed in the states of Rhode Island and Massachusetts.

Since 2016, Dr. Stein has been seeing patients in her private practice called Functional Mind LLC. After writing her book in February 2020, she launched a companion program to her book called What If It’s Not Depression? Bootcamp to coach those interested in working with her across state lines.

Despite her busy schedule, she is teaching herself French, enjoys playing and coaching ultimate frisbee, gardening, singing acapella, and doing yoga. She is married and has three children.

Your safe space and a healing community every time you need it.

Eat the Right Food for your Mood

© 2021 – Achina P. Stein DO. All Rights Reserved. Powered by SolutionLabs